Hire a speed measuring radar gun from Roadside Technologies. Ideal for monitoring the speeds of vehicles on the highways through road works, private sites and also through villages. This makes them an ideal choice for Community Speedwatch Groups and traffic professionals alike. All our speed radar gun models have internal rechargeable batteries and are simple point and shoot models just like the police use on the highways road network. Below are the models we offer and their best suited areas of object measurement. 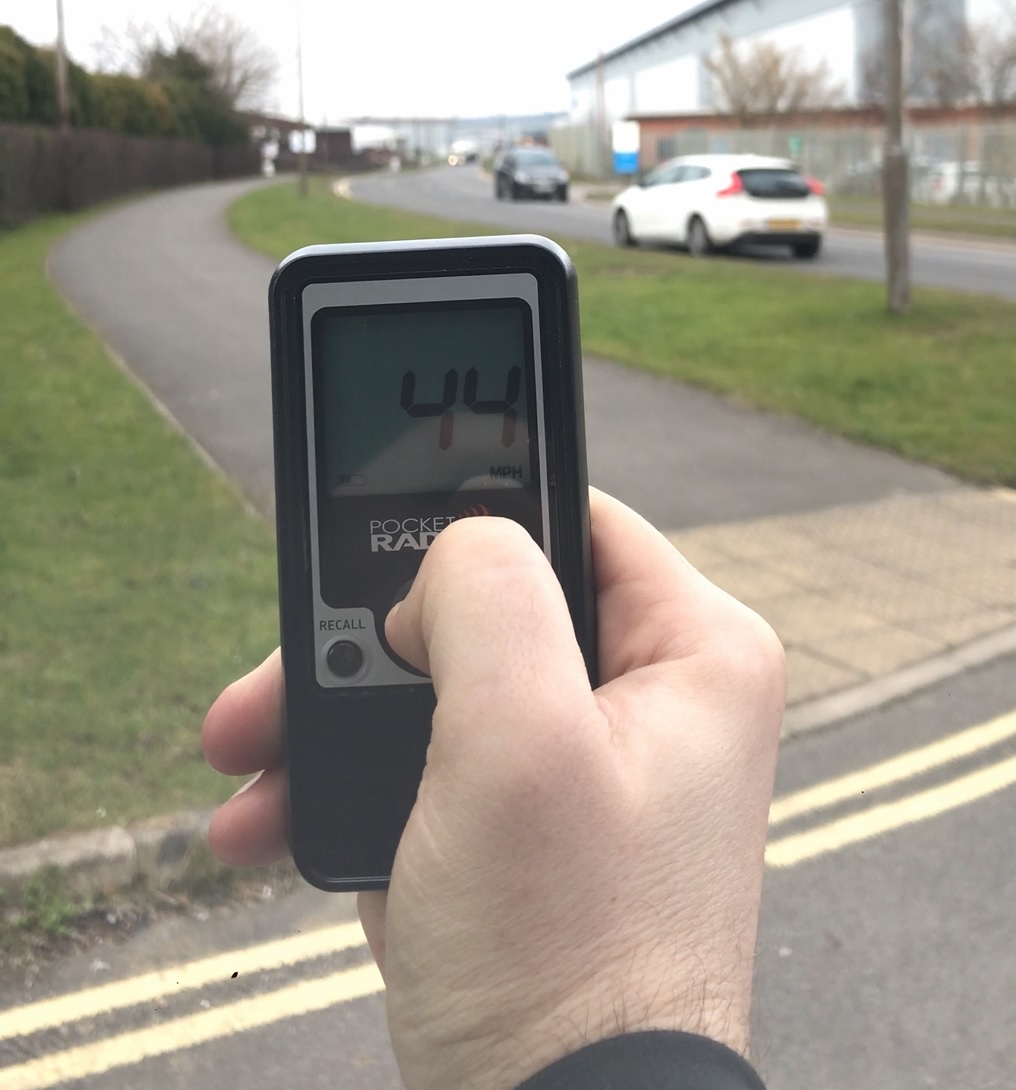 Our PR-1000 Speed Pocket Radar Gun is a compact, digital, simple point and shoot unit which is operational within 5 seconds of powering up. Available for either hire or sale, the user simply points the speed radar gun at traffic and the speed will show up on the LCD display fitted on the rear of the PR-1000 for the user to read. The PR-1000 will measure approaching vehicle speeds of 7-325mph at up to 400ft away from the user. Therefore making it one of the safest models available and the most popular choice for monitoring roadside speeds with community speed watch groups. The Pocket Radar PR-1000 is ideally suited due to it's low price point and simplicity of use. It has a recall button to show the previous 10 speed captured for data recording purposes. 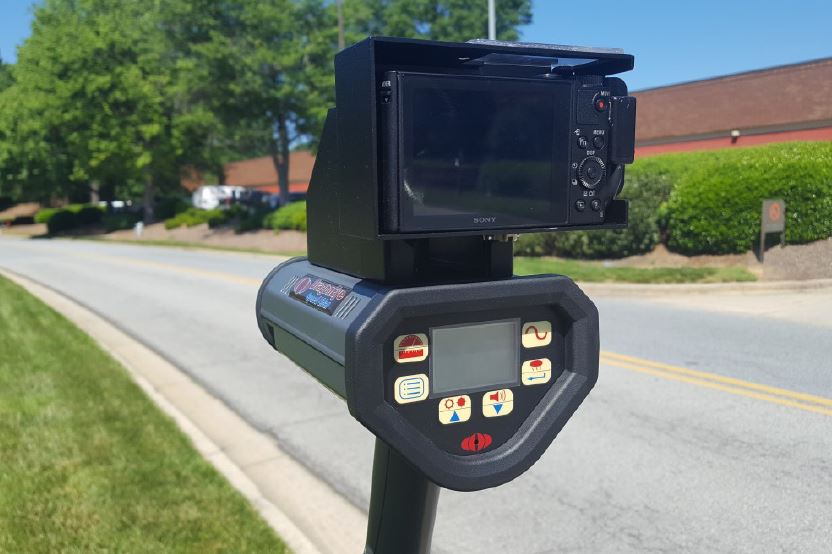 Our LidarCam combines a certified radar module and a high resolution 18 mega-pixel Sony camera sensor to capture speeding vehicles with photographic evidence. Each captured image shows a time, date speed and GPS location for further action. The user can quickly set up the speed camera device and leave running continuously for up to 16 hours on the inbuilt rechargeable batteries. Used widely across the US by local authorities and police forces, the LidarCam is available to purchase or hire from Roadside Technologies Ltd. Renowned as one of the safest models available, the user can safely stand on a pavement and capture approaching vehicles at up to 300m away. 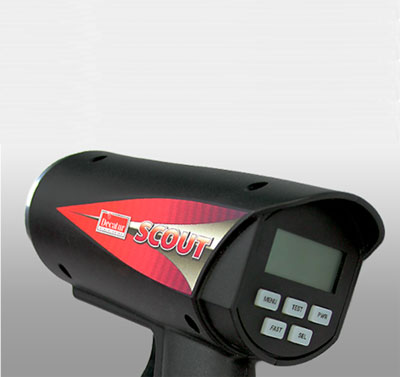 The RHHS speed radar gun is a hand held model which is best suited to highways use and is used across the US as a nationwide highways law enforcement tool. Built in a toughened casing the RHHS can measure vehicles both approaching and moving away from the operative at speeds from 7-199mph. It can offer a continually updated speed on the inbuilt LCD display mounted to the rear of the radar gun. 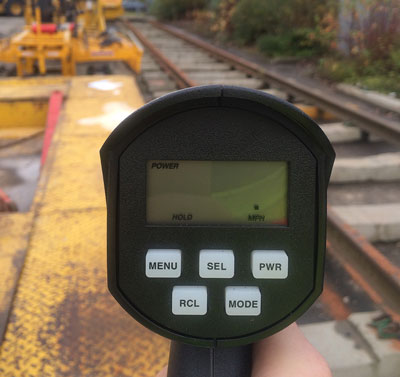 The RHHR Railmaster speed radar gun was designed specifically for use within the rail sector. The Railmaster has two settings which allow the user to measure speed ranges between 3.0-71.9mph within shunting yards, through engineering works or to test braking systems. It also has a high speed mode capable of measuring speeds between 72-320mph for high speed lines. Used widely within the Rail Industry across the UK and Europe for testing. The RHHR speed radar gun has a self-contained rechargeable battery pack within the handle which can run continuously for up to 12 hours. 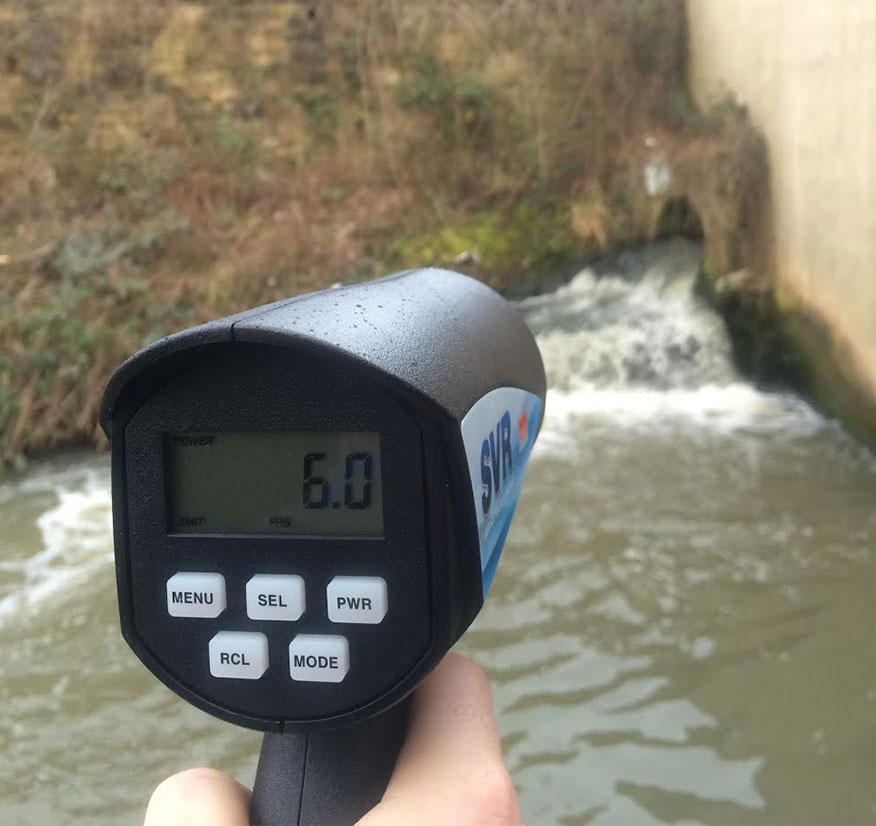 Hire the Surface Velocity Radar from Roadside Technologies Ltd. The SVR speed radar gun is specifically designed for the environmental sector to measure water flow of rivers, streams or flood contingency routes. The intelligence module within automatically adjusts and calculates for the angle of the body of water meaning no cosine calculations are needed. Simply power on the SVR and select the correct measurement from either knots or ft/min and aim at the water. The internally mounted LCD display will then show the live water flow speed in real time on the radar gun.

Please fill in the form below with as much details as possible, we will get back to you with a estimated price.

We use cookies to ensure that we give you the best experience on our website. If you continue to use this site we will assume that you are happy with it.Ok